I drive past this beat to shit old and now long abandoned Petrol Station in Maribyrnong every other week. Finally, after debating whether or not I’d get stabbed by a meth-head I decided to check it out. All shots taken on my Contax TVS with Fuji 400h.

I only just got the little film Contax TVS but it’s already one of my favourite film cameras. Virtually silent, easy to load, cheap, manual zoom: it’s basically a dream point and shoot. Unfortunately, the day I finally made it into the petrol station it was a pretty overcast and gloomy, which is why I needed to use the TVS’s aggressive flash in some situations.

The inside and grounds of the former gas stop were unsurprisingly decrepit, occasionally urine soaked and loaded with trash. There was the usual abandoned-place graffiti and tags pretty much everywhere and a couple of homeless dudes who were actually pretty nice. They kept to themselves and tolerated me wandering around the shop, I guess they were happy to have a roof over their head. 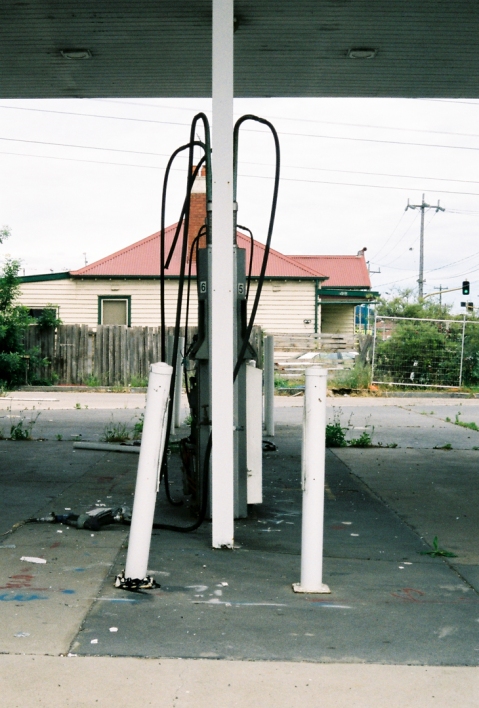 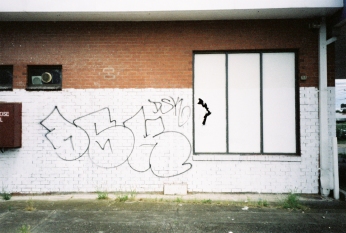 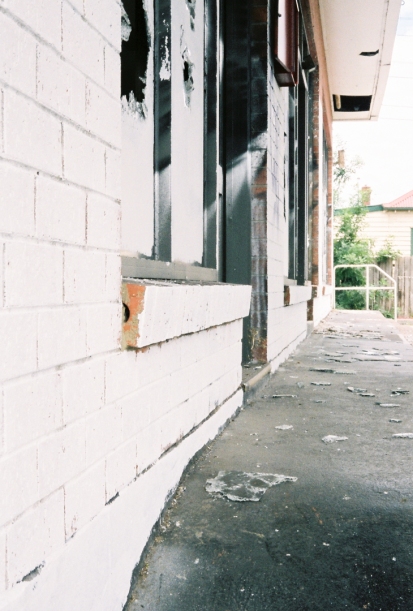 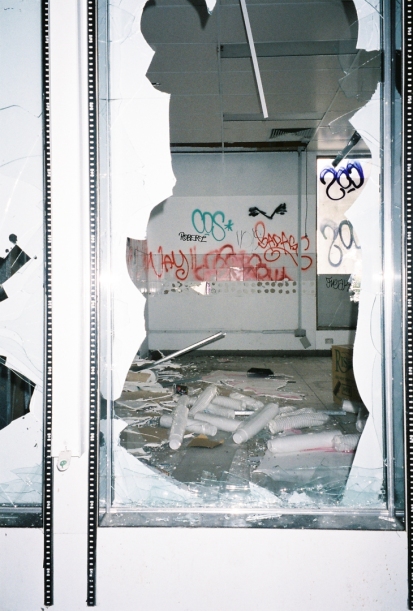 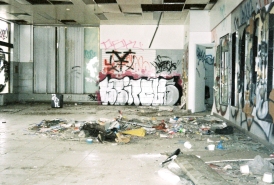 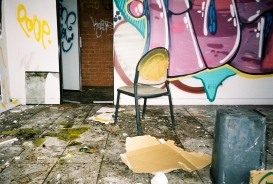 Inside of the petrol station was pretty trashed, all of the stock was stolen and every single window broken. Even the drink fridge windows and the staff microwave were shattered, nothing was left in tact. The pumps were all stripped out and pillaged for copper and the back of the building was essentially a dump for trash and a couple of mattresses. Nothing unusual for an exposed and now vacant petrol station, just a bit bleak I guess.

As for the film, Fuii’s 400H is very quickly becoming my favoured film (I’ve got a few more posts coming up and maybe a One Day post) it’s tonality is brilliant, but bright and it renders greens so lushly. I can see why wedding photographers swear by it. I do see some pretty clear similarities to Fuji’s Superia 400 (and 200, really) but that probably speaks more to my film preferences than anything else.