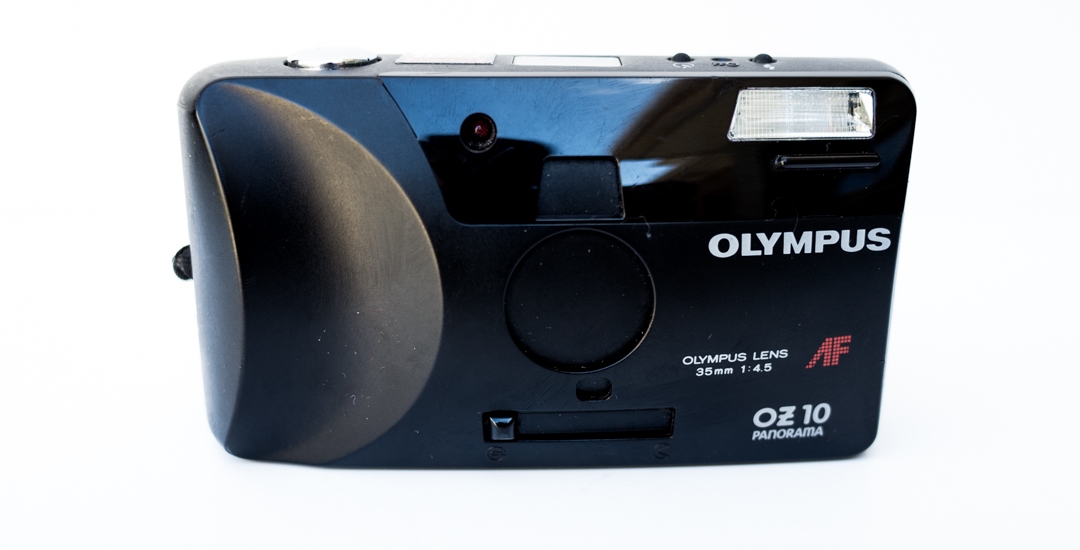 The little plastic fantastic Olympus OZ-10 Panorama kinda looks like an overweight MJU, with a 35mm f4.5 lens rather than the well known 35mm f3.5. To be perfectly honest? It’s kinda a piece of junk but at the same time it’s also kinda heroic.

I scored mine OZ-10 (otherwise known as the AF-10 Mini in the US market) while I was in Japan for a cool ¥1200 or around $15AUD. It was sold as “for parts” and to be fair, it looked like a piece of shit toy camera crossed with a MJU so I figured why not give it go! I tossed some new batteries in, the LCD fired up and the flash primed! I was in action.

Released in 1995, the Olympus OZ-10 is the little brother of the OZ or AF / Infinity Mini range with the OZ-1 sitting atop the pile with a very similar lens (I heard the same, but I have zero citations to back it up) to the MJU I. The OZ-10 has got the slowest lens out of the bunch, but a fixed 35mm. So there’s upsides, if you’re not sold on a f4.5 fixed aperture lens there’s a zoom option in the range too but they’re not my cup of tea. Personally, I’d never even heard of the OZ range and assumed that the lens was plastic. Turns out, everything but the lens is made of mid-90s solid-as-concrete plastic and it’s totally rad.

It’s the classic point and shoot style, looks aren’t pretty but what it loses in looking ass-ugly it MORE than makes up in performance.

The Olympus OZ-10 or AF-10 Mini is a fatass, but that kinda adds to its charm. Why? It takes AA batteries! YEP, in fact most of not all of the OZ models do! Which pretty much means you can use this guy anywhere, at any time. AA batteries are the most readily available source of electricity on the market today, you’re never more than a block or two from an source of AAs. I’m pretty sure you’d be able to score a pair of AAs from a vendor in a flee market in Macau if you were in a pinch, making the OZ-10 a real beauty.

The enclosure around the two AA batteries is pretty solid and forms a decent hand grip for when you’re cruising around wasting film. What this means is that the OZ-10 is weighted a touch heavier on the winder side of the camera (read: the right hand side) but it’s barely noticeable but still worth mentioning. I have big old man hands so the OZ-10 fits nice and snug with it’s generous grip and massive shutter release. 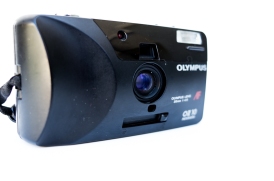 It’s got a manual lens cover which you need to slide open, which turns the camera on when you slide it open to reveal the lens. Kinda like the MJUs and other AF Minis, it’s just not a clamshell but pretty similar nonetheless. It’s optical viewfinder is tiny and on my copy is a little dirty and banged up, but more than usable. There’s a date imprint feature as well, another one of those 80s/90s features that most modern shooters ignore, but it’s there if you want it. There’s even an onboard flash! It’s not the Contax T2’s flash, but it’ll do.

Loading film is super easy, as the little Olympus auto rolls on/off and is DX capable so you don’t have to know anything to shoot: simply load and fire the shutter. Just make sure the leader just peaks into the spooler on the right-hand side and it’ll pick it up – rarely will you need to crack it back open and fiddle with the leader. Finally, in what may be my favourite element of this crude design is the hilariously oversized fake silver plastic shutter release. Why? It actually feels crisp when firing off shots and you never have to fight it, the release is lightly spring loaded and gives you a nice amount of feedback for the half-press to pre-focus if you need to.

No doubt, the OZ-10 is a weird kinda cone-shaped-rectanglely-thing. But, it fits so well and comfortably in the hand. It’s plastic is firm enough to feel like you’re not gonna break it tossing it into your bag while maintaining comfort while shooting. Because it’s all plastic is light, not like a feather light but light enough to wield it daily without concern. It’s only holding two AAs and a roll of film, so you’ll barely notice it in your bag.

The Olympus OZ-10 is compact, but not 100% pocketable cause it’s kind of a fatass so it’s only likely to slip into a jacket or hoodie pocket. The limited utility works against the tiny OZ-10 because for a camera of this size you’d expect to be able to toss into a jeans pocket and pull it out when you want to fire off a frame. Unfortunately, them AA batteries are wiiiiide and protrude out the back of the camera like some weird and unnecessary growth. Why they didn’t go with the usual CR123A batteries like in every other point and shoot I’ve ever owned, is beyond me. That said though, the cameras controls are positioned logically, the buttons are placed right on top of the camera next to LCD / frame counter. All the mode and settings buttons are super easy to mash as they’re all rubberised buttons, which are lovely and responsive when you give them a nice squish but not so much as it’ll leave a mark.

Unlike modern cameras where it feels like there’s a million auto-focus points making shooting child’s play, the little OZ-10 has a single AF point dead center and in my experience usually hits the target. It’s pretty good at selecting the exposure for you and rarely will you need to fix it up in Lightroom later. Focusing is quick and accurate for my money – so long as you give it the right light to work it’ll nail focus and exposure most if not all of the time. Otherwise, it can start to miss on occasion.

It’s even got the classic mid-1990s panoramic feature!

Which nobody ever used, well… used once and never used it again. For the uninitiated when you slide the slider on the back to the “panorama” mode it throws up a small plastic mask at the top and bottom of the frame giving you a faux-panorama shot. I shot an entire roll with Contax TVS in the panorama mode and as you can see by the results, the panorama feature kinda sucks as all it does is obscure your frame down to below that of full frame. I don’t even know why this was a giant thing in the 80s and 90s, it’s a shitty feature. Maybe it’s unreal for landscapes? I’m not sure why almost all cameras from this era have the panorama mode, perhaps looking back I’m being unfair but it just doesn’t work for my taste.

I do have one major gripe thats’s not necessarily the OZ-10’s fault: These plastic fantastic point and shoots from the heyday of film NEVER remember their settings when you turn them off. Why god why? This is the killer feature that these little point and shoots needed, not dickhead panorama modes. I wish so bad that this little beast would remember my flash settings when I close the lens. But, if it did I’m sure every street shooter on the planet would want one!

As usual my scans were done by the good people at Hillvale, who provide most excellent scanning – if you’re wondering. Never had an issue with these guys!Interestingly, the little OZ-10 sports a 35mm lens but not the same piece that lives inside the MJU but an alternative 35mm and this time at f4.5. Even more interesting: it’s not shit. 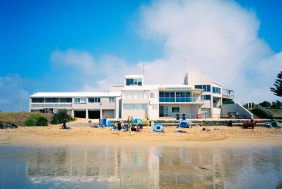 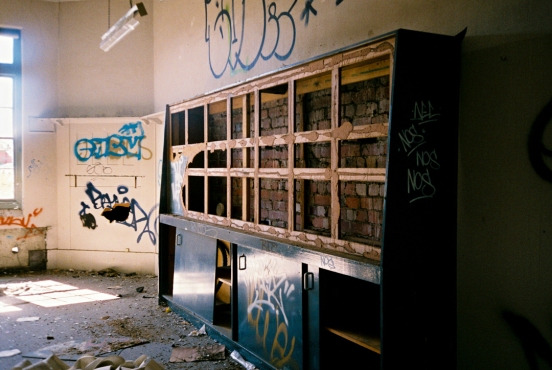 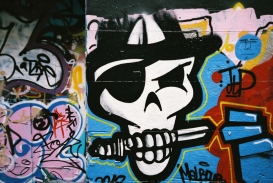 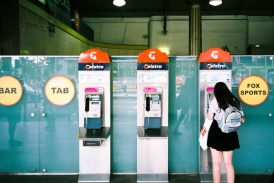 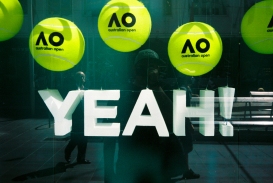 When I received my first scans from rolls out of the OZ-10 I was shocked. Did Hillvale send me the wrong scans? Why were they so sharp? Why didn’t they look all foggy and hazy? Yep, in the right light with the right film the OZ-10 is a lights out pocket banger. Super sharp when it needs to be, enough depth of field to be nice and creamy but not too much that it’s hard to focus. Joy!

The results speak volumes for the capability of this little AA powered pocket rocket. I’ve ran about 10-15 rolls through my copy and it’s never skipped a beat! In fact, I liked it so much I shot my entire Red Hot Australian Summer beach series on it.

I don’t exactly think that this is a rare camera, more like an oddity of the mid-90s Olympus compact range – which, to be fair, was extensive. So extensive there isn’t a reliable list on the internet to cite. The OZ-10 is a Japanese model, but the equivalent North American model can be found for pretty much the same price on the secondhand market.

I’ve seen them go for as much as $75 but I wouldn’t spend more than $40 on a really, really exceptionally good looking copy. Otherwise you’re moving into a tier of point and shoots where there’s plenty of competition at this price point. I mean, it’s a not shit mid-range pocket shooter, there’s a lot of mid-range pocket shooters that aren’t shit that were made during this period and are readily available on eBay. So, there’s plenty of options if you can’t find one in decent condition.

I still have mine because of that lovely lens and the price I got it for, otherwise I probably would have upgraded already.

If you can find one for $15 like I did, buy one without a seconds hesitation. You’ll be glad you did because the OZ-10 packs a pretty sweet lens inside for the money. If you’ve got the opportunity to buy the big brother, the OZ-1 or even one of the MJUs I’d recommend that route instead. All of which have better lenses and are way, way smaller.

If not, the slightly overweight mid-range consumer point and shoot Olympus OZ-10 Panorama is a solid daily performer. If you can get it for nix you’ll have bagged yourself a killer in a small-ish frame that’s more than capable as a daily shooter. Not quite a giant killer, but good enough to produce good looking photos on the daily.