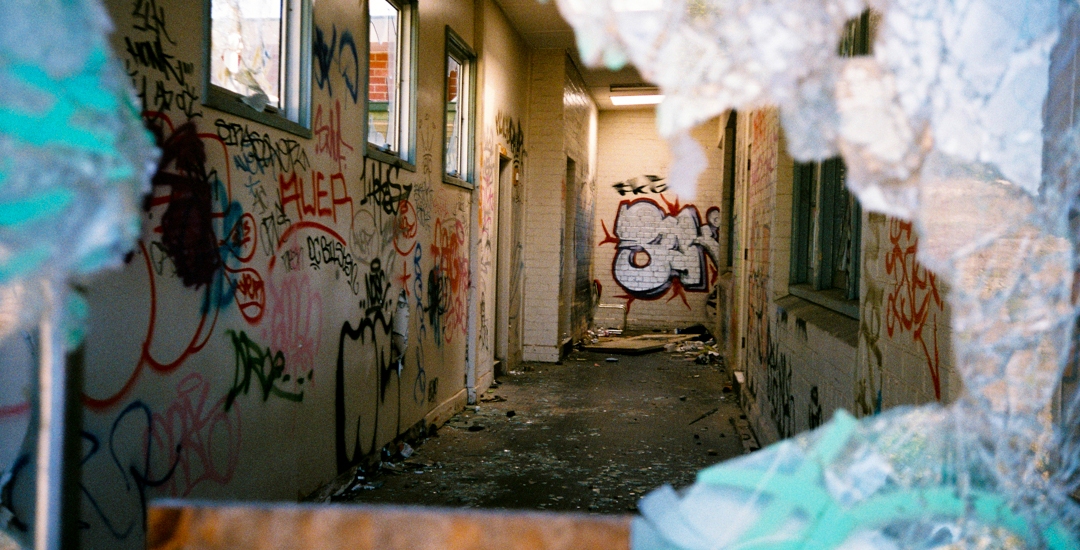 We wanted to know how a modern, mid-range DSLR would stack up against a 1990s era film point and shoot at the same location, shooting the same things. So, we took both cameras to an abandoned former school and orphanage in Ballarat to see how they’d go! The results are surprising!

While it’s not totally fair putting a modern DLSR up against a pitiful plastic fantastic from 1995, we figured it’d be interesting to compare results from both cameras! This test is far from controlled, we really just wanted to see how the results would turn out after an afternoon of shooting two cameras at the same location, at the same time.

I had contacted my brother (@jimcartledge on instagram) to come out for a bit of shooting around Ballarat as I was down there shooting part of my Homeward series. After a few hours we hit the Abandoned School just on the outskirts of Ballarat, a location I’ve posted about once before on the site. For the uninitiated, it’s an old and now completely rundown school/former orphanage that’s used to be the site of the once great Damascus College. Nowadays it’s home to a couple of homeless dudes, countless needles, trash and a broken toilet.

Fortunately, it’s not like most abandoned locations that are typically quite difficult to get into, this one is literally right on the side of the highway and you can just walk right in. I probably wouldn’t make the effort to pop in every now and then if it were much harder to get to.

For the record, officially the digital gear we used was a Nikon D5600 with the Nikkor 18-55mm f/3.5-5.6G VR mounted on the front. Pretty minor edits were applied to the raws and they have been exported down to the jpgs you see below. 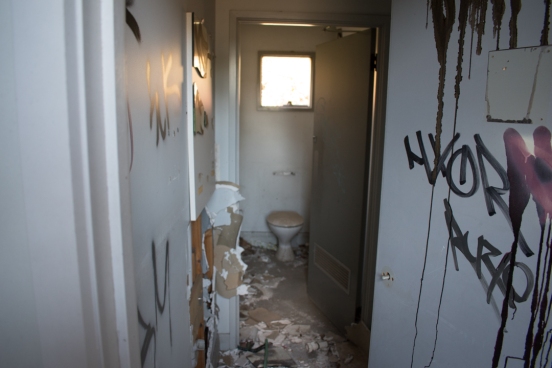 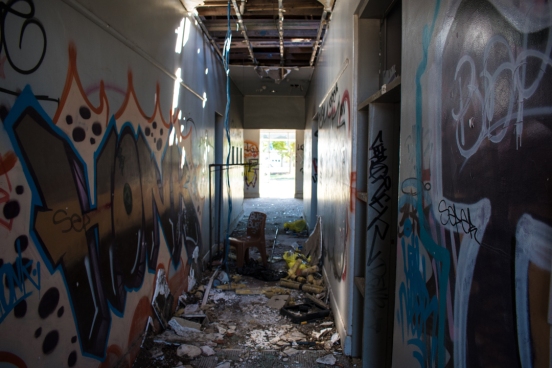 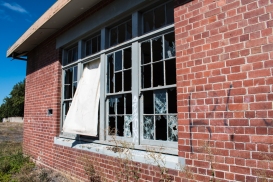 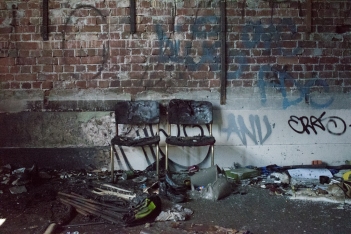 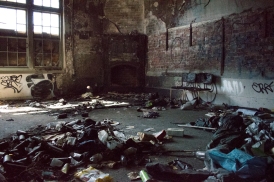 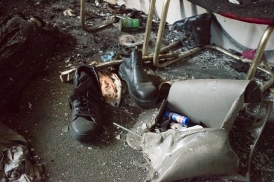 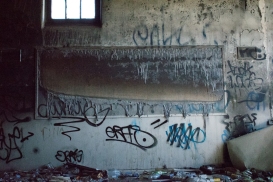 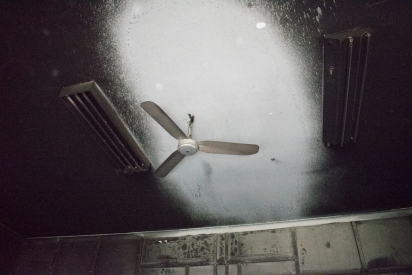 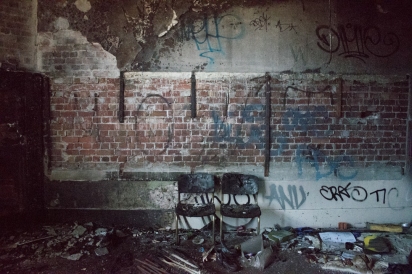 For my taste the digital files the Nikon DSLR pumps out are a touch on the flat side, very neutral especially for a modern camera. I guess I like to mess with my files a lot more than other shooters! Relatively conservative editing has been applied, mainly to clean the files up a touch and increase clarity. The shots represent the location very well though, as their cold, dingy, lonely and sad.

That said, the Nikon’s low-light performance in the buildings was excellent. In the burned out room it maintains quality and details where the film camera struggles and gets a little smeary with the finer details. The upside of digital of course, is the editing leeway you have at your disposal, especially if you’ve shot in challenging conditions.

Of course, I shot the film portion of this shootout with my POS little Olympus OZ-10 which I reviewed recently. I’m pretty familiar with this camera now as I’m about 10-15 rolls in, so it’s a pretty predictable performer for me now. The camera was loaded with Fujifilm Superia 400 and flash was used when required. Included are all of the shots taken on a single roll, straight from the lab with only minor tweaks made to angle and crop in a few shots. 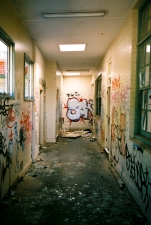 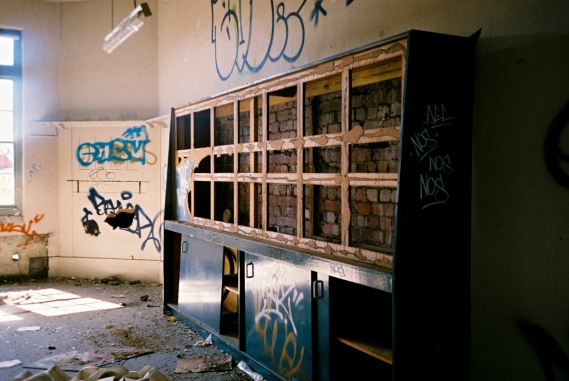 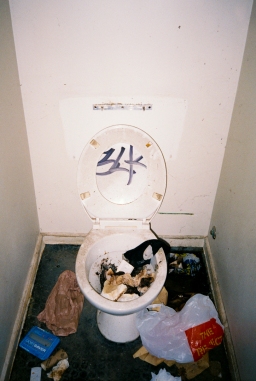 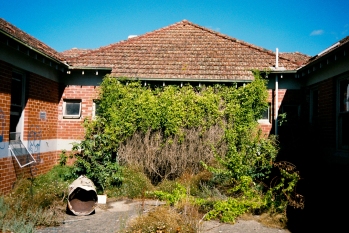 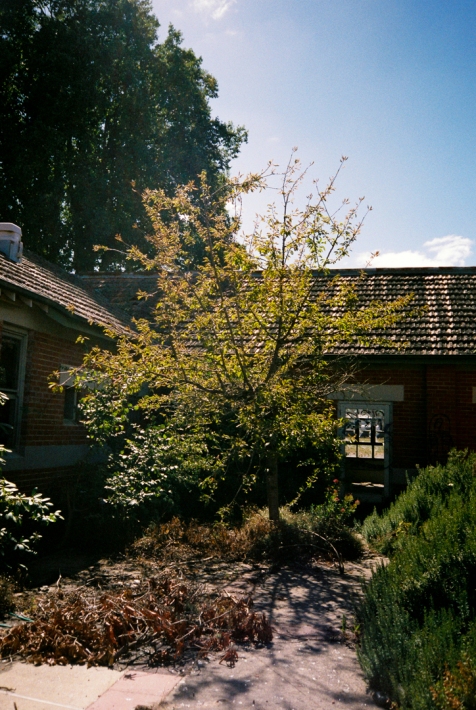 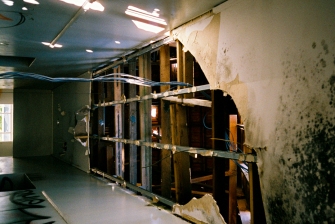 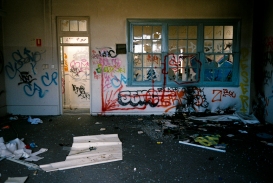 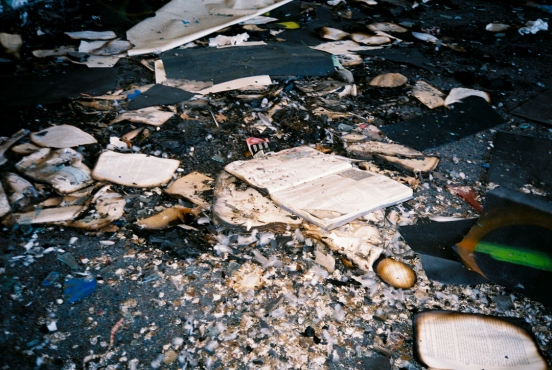 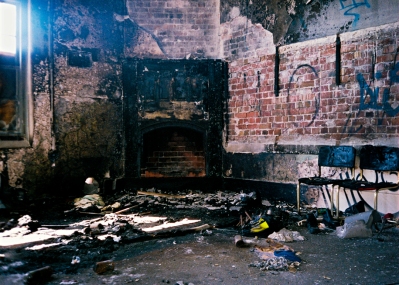 The film shots are richer in colour and have a much warmer tone, but that’s really just classic Fuji Superia 400. Granted, the film results are not as sharp as their digital counterparts I still feel like they’re still very solid shots. While warm, the film represents the location without overstating it but presents it in a slightly more approachable manner.

This is really just another example of if given the right light a combo like the Olympus OZ-10 and Superia 400 can produce some pretty pleasing results.

I’m a big film fan and for me the warmth and character of the film results are a little more satisfying than the analytical response from the digital body. Even though two different cameras were used to capture the same location one thing is for certain: this school should probably be knocked down soon.

Which results do you prefer?