I reached out to someone I connected with on Instagram @mikeyboards. We connected over our shared obsession for taking photos of strangers on the streets, how awkward it can be and how we approach it.  He shares how he got started making photos on the streets of New York City with his dog, Baci.

When you think of street photography, you often think of photos of people. How often do you think of the photographer? Do you wonder if they had any pets? Or if they brought along their dog?

I take photos on my lunch break, before work, after work, and on the weekends.

Some days I get some great photos and some days, not so much. I take photos every day and I really enjoy it. But, there just always seemed to be something that was missing from my walks. I couldn’t quite figure out what it was. Until one day, I realized, it was my dog, Baci. I was out taking photos, and she was home.

I’ve brought my camera with me on walks and hikes with Baci before, but my mind had unknowingly separated these two activities – I was either going for a walk in the park with Baci or I was on the street taking photos. Never both. The mindset of looking for photos stayed home when I was walking Baci. Why did those two activities have to be separate, I wondered. Why didn’t I just do both?

It took me a while to convince myself to bring her on a photo walk – I even made excuses: “The streets are too crowded”, “I won’t be able to get any good shots if she’s with me” and even “What if I have to use the restroom?”

I was so convinced that having Baci with me would hinder my abilities to take a good photo. I said the same lines to myself until finally I said, “C’mon Baci, let’s go take some photos!” It was out there in the open now and we all know, you just don’t just say something to dogs that you don’t mean.

I’d like to think she was really excited that I finally wanted to include her in my approach to street photography and I was just as excited to have her with me. Fast forward many months later, and I bring Baci everywhere. Well, not everywhere. There’s a surprising amount of public parks and outdoor spaces in NYC that don’t allow dogs. Rats are OK, but not doggos. It’s alright though, those parks are lame.

Here are some shots I’ve taken on my walks with Baci. Enjoy! 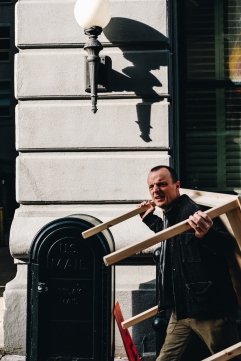 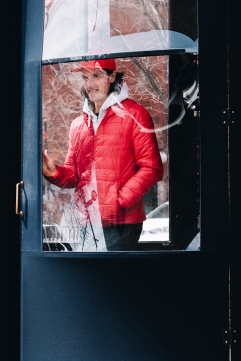 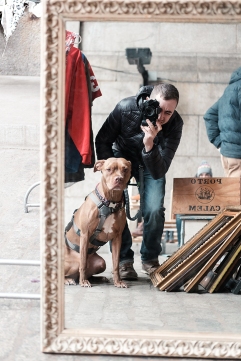 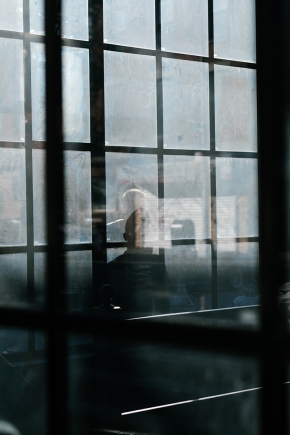 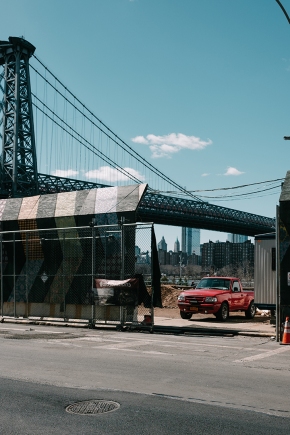 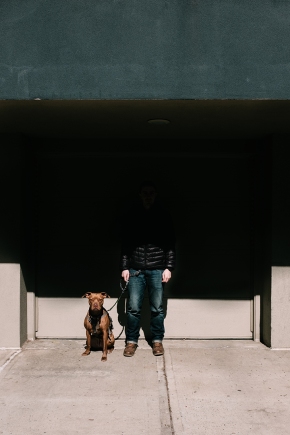 Mike can be reached on @mikeyboards on Instagram, give his feed a look, it’s one of my favorites and his dog Baci truly is super cute. Join me in thanking Mike for spending the time punching out this quick piece, it’s a banger! Mike also records POV videos with his dog, amazing content I HIGHLY recommend you check out.