This week’s guest post comes from one of my favourite photographers out of the UK, Martin aka RJW INC. He explores the relationship between Film and Digital photography in a world where many align themselves to only one approach. Martin assesses how it’s possible to be deeply involved in both and that conditions should lead your decision on which medium to use, not a blind allegiance.

I have been a great advocate, on my blog, of film photography. This though is for very personal reasons. I prefer the look of film and how the workflow and process fits my psyche, but to be clear: a great photo, is a great photo, and should be evaluated as such, not by what medium is used to take it.

In the end pretty much no one cares what I or we use to take a photo with, and to some degree if someones does care, then I am not sure what their motivation is.

I still have a digital camera (Sony A7rii) and have cause to use it for some specific purposes. I must admit more recently I’ve gotten it off the shelf as I have adapted some of the analogue lens to use with it.

So when do I use it then? Well portraits at home for one. I love to document the time my step son (Rohan) is at home. Sometimes though there simply isn’t enough light to take workable portraits even at HP5 pushed to 1600. Sometimes, I want to capture colour photos and sometimes I just don’t have the right film on the right camera to make it work. This also applies to some of the work I have been doing for some local musicians. 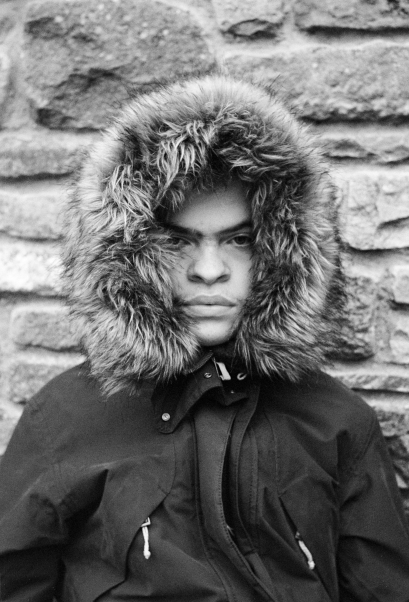 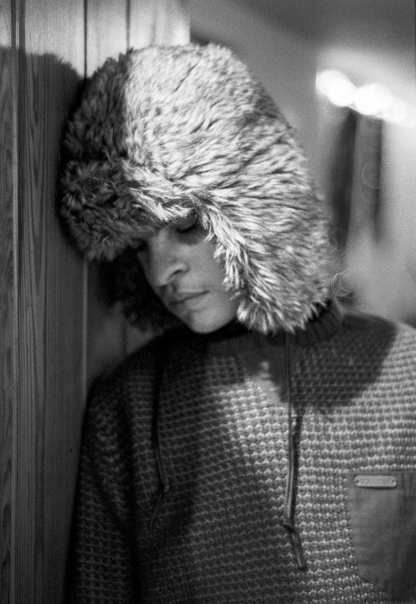 At a recent album launch in a church for instance the light simply wasn’t adequate enough, even with the Sony 55mm Zeiss wide open I was pushing 12600 ISO. When taking shots of a band recently I took digital and film, I am not a confident portrait photographer, so wanted plenty of images to fall back on.

I am also not a skilled Lightroom/Photoshop operator and I have trouble balancing my white balance and skin tones in some of the digital work I produce. I understand there are ways around this. With film I am more accepting of the tones it produces and less inclined to start altering what I find. These shortcomings are purely personal though and I see amazing portraits with digital and film.

Below is Ollie again shot on the Sony A7rii with a 28-70mm Sony G Master Lens .

I have recently started adapting some of my Canon and Zeiss film lens to the Sony and this has given my digital camera a limited new lease of life. I enjoy having to use manual focus with these lens, it slows me down and I love the rendering of the Contax Zeiss 50mm lens in particular. Yes it is a bit softer than the native 55mm Sony Zeiss lens I have, but sharpness is a bourgeois concept anyway isn’t it?

Below Rohan shot on the Sony A7rii with an adapter Contax Zeiss 50mm 1.7

I have tried using my digital camera out and about for the urban street scenes I take and promised not to chimp or check the photos til I am home! But, I can’t quite seem to get this workflow straight in my head and I always feel a little disappointed with the experience. I love the way that film renders the highlights in high contrast scenes, again this may simply be self confirmation because I enjoy the process of using and developing film so much.

In the end for me, it is the experience of using film that keeps me taking photos. I enjoy seeing a negative develop, I need that space between a capturing a photo and seeing it. Digital just doesn’t work for me, primarily because of the immediacy. I take a photo, I chimp, I am disappointed, I delete. It’s irrational I know. When I take a film photo I can store and capture the feeling of the image inside and separate it from the inevitable inner critic that haunts my creative process.

So use what you want to take photos with: phones, DSLRs, film cameras. No one beyond a weird, fanatic fringe of photographers cares what you use to create an image. No one should care. The image and how it makes you and the viewer feel should trump any discussion on the medium used to take it.

Me? I’m sticking primarily with film. I know it costs me time and money, but it makes me happy and I like the photos I take with it. Find what makes you happy and gives you a creative drive and enjoy what you do.

Martin can be reached on his instagram @rjw_inc and his website which he posts on regularly. I was originally drawn to Martin’s urban and street work as it’s exceptional and for the most part he uses very similar gear to me, but his portraiture work is of an equally high quality. Please head to his website to check out his work, it truly is exceptional.

Living in the North West of England, photography is my passion and hobby .
I shoot digital, and film, Colour and Black and white .